Introducing the iPad. Apple's first tablet. So what is the iPad? Well it's not notebook, it's not a phone. It's just basically a very large iPod touch that can connect to 3G networks. The iPad doesn't replace any Apple products. So here's what your supposed to do.
Use your Apple computer at home, use your iPhone on the go, and use your iPad when your lying on the sofa, or on board a aircraft. Well what does the iPad do differently than the iPod Touch? Well it's bigger... It has larger keys. And also has no buttons, except for that one.

Just like That trademark black turtleneck that's become Steve Job's uniform for public
appearances? See any buttons on that? And let's not even get into his
fight over putting buttons on the mouse, or requirement that early Macs
be designed without arrow keys.

Apparently, anyone threatened by
Jobs need only hold up one of those all-in-one stereo-TV-VCR-DVD remote
controls to send him shrieking back to the shadows like Dracula
confronted by a crucifix.

All in all, do you think this product is worth it?
Welcome to MSF Community Forums 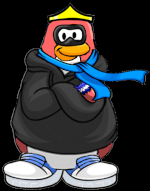 That's a big iPod. o.o I know it's an iPad but it looks like an iPod.

Bill Gates just had a migrane.

It's basically just a Enormous iTouch. No Offence to Apple, but this Giant iTouch or what Apple calls "iPad" is just useless, I'ts just my opinion, I'm not going against anyone. So my real answer to this topic is: No, it's not worth it at all...

I don't have money to buy one of these so I don't think I can get one of these to know if you or everyone else is right, Jaden.

i dont own one either so dont feel left out

It looks cool but I probley wont get it.I like my old fashioned iPod nano

It looks awesome but isnt that too big like bigger than ur head?

i rlly want it
Welcome to MSF Community Forums